The course category Jazz/Pop will cover a range from Jazz to related music areas like Rock, Funk, Blues, Gospel, Latin, Singer-Songwriter etc. This variety will have an influence on individual instrumental coaching and ensemble work. This course will show you creative ways to approach all genres with joy of playing and expertise.
This course category is intended for all people whose passion for music is an important part of life: young musicians preparing for a professional career or studies, semi-professionals performing on stages for years with the wish to expand their horizon or amateurs not wanting to play alone at home anymore. These courses are not suitable for beginners, prior knowledge of the instrument is required.
In the morning, there will be solo and group lessons with the respective instrumental lecturer. In the afternoon, we will work together on a band program for a concert which will take place in the town theatre at the end of the week. There will be space for own compositions, collective improvisations and creative arrangements of already known materials.

Jazz / Pop
Markus Harm was born in Stuttgart in 1987. Being a multiple Jazz award winner, he is a frequently called sideman for various bands, inter alia, Rebecca Trescher Tentett, Vienna Supersax, Dusko Goykovich Bigband, Charly Antolini Quartet, Jazz Bigband Association Munich. In 2017 he released his debut album “Dig it” at the Label “Rosenau Records” in Nuremberg. In the following year he, being the leader, released his second album “As it is”. In 2021, the duo-album (together with pianist Andreas Feith) called “Whats New” became album of the week at the “Play Jazz! Magazin” on NDR Kultur and it was nominated for the “Preis der Deutschen Schallplattenkritik 2021“. Markus Harm also shared the stage with musicians like Sheila Jordan, JimMcNeely, Paquito D’Rivera, Scott Robinson, Tony Laktos, Bob Mintzer, Ack Van Rooyen and many more. Until now, he has taken part in more than 30 CD productions and since 2018 he has been a lecturer at the Academy for Music in Nuremberg. 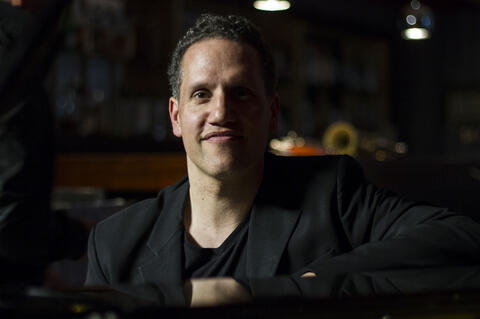 Jazz / Pop
Tino Derado was born in Munich and he studied at the renowned Berklee College of Music in Boston and at the “New School” in New York (Bachelor Degree). During his 13-year stay in the USA, he became a popular pianist and he played concerts with, inter alia, Richard Bona, Gary Burton, Adam Nussbaum, Avishai Cohen, Peter Erskine, Randy Brecker, Jimmy Cliff, Bill Evans, Dave Liebman, Frank Gambale, Matt Garrison, Nils Landgren and Jojo Meyer. As one of the few Europeans, he succeeded in achieving the breakthrough in the New York salsa scene and for some years, he worked as the musical director for soul legend Gloria Gaynor. Since his return to Germany he has been playing with e.g. Andy Middleton, Till Brönner, Rebekka Bakken, Lisa Bassenge and the “NRD Bigband”. Moreover, he is distinguished as composer for numerous solo albums which also demonstrates that according to him, technical perfection should never be an end in itself but always a way of intensely musical expression. He lives in Berlin where he lectures at the University of the Arts. Besides, he has been a professor at the University of Music, Theatre and Media in Hannover since 2014.
more 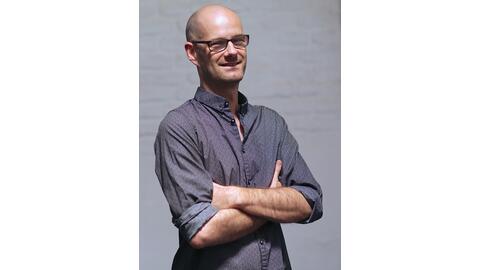 Jazz / Pop
There is hardly any other German bassist like Sven Faller who has accompanied such a stylistically wide field of artists like Larry Coryell, Pippo Pollina, Philip Catherine, Charlie Mariano, Konstantin Wecker, Georg Ringsgwandl or Arlo Guthrie. Sven Faller started his studies at the “Bruckner Conservatory” in Linz and in 1997 he completed his studies at the “Mannes College of Music” in New York. For six years, he deeply dove into New York’s music scene accompanying the salsa group from Bobby Sanabria and great jazz musicians like Chico Freeman or Bobby Watson. He worked as bass guitarist and double bass player in recording studios accompanying musicians like the Paul Simon band, Jane Monheit, the Rolling Stones Horns and members of the New York Philharmonic. Back in Germany, he has focused on his own projects, like the electro jazz trio “ELF”. He has been on concert tours in Scandinavia, France, Suisse, Italy, Rumania, Singapore, USA, Mexico and Brazil. 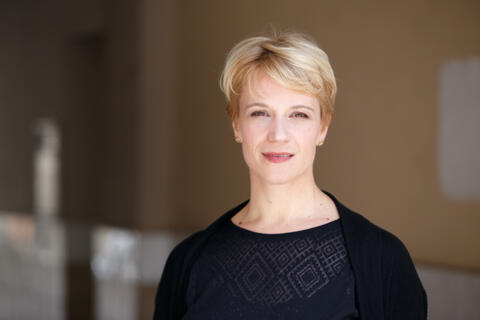 Jazz / Pop
Esther Kaiser studied at the University of Music “Hanns Eisler” in Berlin. During this period, she has already become famous due to her co-founded vocal quartet BERLIN VOICES. Since 2012 she has been a professor for singing (Jazz, Rock and Pop) at the University of Music in Dresden. Furthermore, Esther Kaiser teaches workshops and masterclasses in Germany and abroad. She is an active live artist in the field of vocal jazz. In 2022, she will release her 7th solo album.
This course is aimed at advanced singers like music students, ambitious pupils, teachers interested in further training or advanced beginners. Depending on your individual level, we will continue to concentrate. Our focus will lie on curiosity, interaction and enthusiasm for making music. Following course topics will be: vocal training, discovery of different sounds of voice in popular styles, training of the hearing and intonation, rhythmic education, working on groove and timing, stylistics of jazz-pop, song and text interpretation, part singing and basics of vocal improvisation and communication.
more 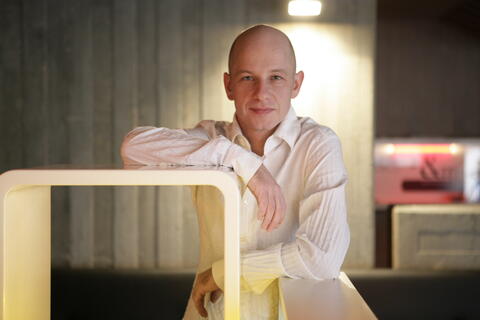 Jazz / Pop
Guido May is one of the most popular drummers in Europe. Since 1996 he has been an established band member from Funk icon and James Brown’s saxophonist Pee Wee Ellis. Due to his funky beats, Guido May has already worked for Fred Wesley, Maceo Parker and Carleen Anderson. Performances with Jazz greats like Benny Golson, Chico Freeman, Paul Kuhn and Diana Krall reflect his deep connection with the tradition of Jazz. Since he played with European Jazz’ shooting star Antonio Faraò, Guido May has very confidently proven his capacity to deal with all intricacies of the tricky Modern Jazz. Concerning his own formation “Groove Extravaganza” the name reflects the aim. The list of artists whom he accompanied at concerts, concert tours and CD productions reads like a “who is who” of the scene: The New York Voices, Lynne Arriale, Don Grusin, Klaus Doldinger, Barbara Dennerlein, Peter O’Mara, Wolfgang Schmid, Johannes Enders, Claudio Roditi, Kenny Wheeler, Mose Allison and many more. 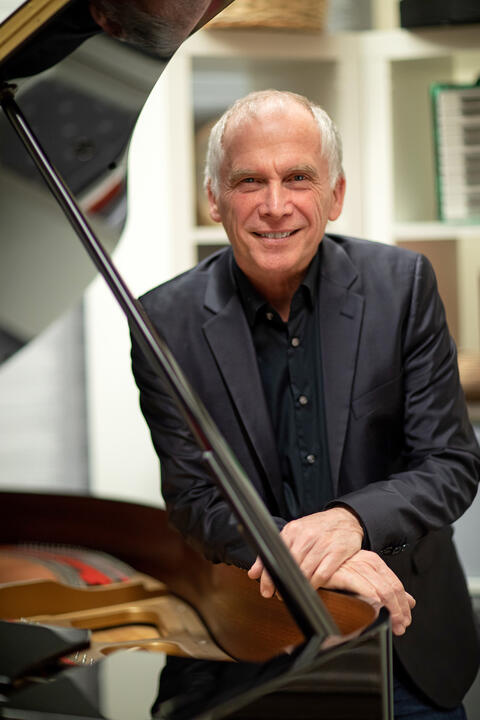 Wolfgang Mayer - "the art of the duo"

Jazz / Pop
Wolfgang Mayer is a professor for practical school piano playing and the former vice chancellor of the University of Music Saar. He studied school music and piano at the University of Music in Karlsruhe. Besides, he studied Jazz in Boston and New York. He performs at many concerts and records numerous CDs with his trio and quartet “Wolf Mayer Dialects”. Furthermore, he works as a pianist, composer and arranger.
The art of creating songs of all kinds, pop songs, Jazz standards etc. when singing is combined with piano.
more