Dear friends of the Summer Academy for early music,

Thanks to the tireless commitment of our team of the Neuburg cultural office and numerous volunteers and supporters, who found again a practicable and save solution in the second Corona summer,  we managed to create an extremely lively and satisfying summer academy in 2021. It was a great event with the main focus on the music of double celebrator Michael Praetorius (1571-1621) and contemporary composers. Once again, a huge thank you to all of you for your efforts to guarantee the academy’s success! For this year’s summer academy, we have again created a rich program which will focus on Georg Philipp Telemann and his “gout mélangé”. On the following pages, our wonderful team of lecturer will be introduced. On 9 August  2022, we will give a common concert in the “Kongregationssaal”. Another highlight of the early music-week will be the final of the Biagio-Marini-competition in the “Kongregationssaal” on 7 August, when young ensembles will present themselves to the jury and audience. It has become a wonderful tradition for our participants to give spontaneous open-air concerts in the evenings and we look forward to continue this tradition. And finally, we look forward to the splendid final concert on 13 August when our participants will present their results after the course week marked by intensive work. With keen anticipation to an intense week with a wide variety of meetings in summery Neuburg, I remain with cordial salutations,

General information about all courses:
The courses are intended for professional musicians, music students, music teachers, school musicians and advanced school musicians who want to gain experiences in historically informed performing practice. In the morning, there will be individual courses in the respective classes. In the afternoon, chamber music works will be rehearsed with the lecturers in various formations.

The pitch standard for ensemble works will be 415 Hz.
Works with other pitch standards can be discussed with the respective lecturer during the courses.

Early Music
First, Julian Behr studied classic guitar and lute with Prof. Dr Mario Sicca and Robert Marto at the Conservatory of Stuttgart. After postgraduate studies with Joachim Held at the Conservatory of Hamburg, Julian Behr studied early music and lute instruments with Hopkinson Smith at the Schola Cantorum Basiliensis in Basel. From 2007 to 2011 he taught lute at the Conservatory of Nuremberg. Since 2020, he has been holding a professorship for lute at the Schola Cantorum Basiliensis.
Both as solo artist and as continuo player he performs on festivals in most European countries and in South America, inter alia, with “Capricornus Consort Basel”, “Akademie für Alte Musik Berlin”, “Al Ayre Espagnol”, “Passions de L’Ame”, “B’Rock” and with altos Franz Vitzthum and Andreas Scholl, sopranos Maria Cristina Kiehr and Hana Blazikova and tenor David Munderloh.
Apart from his solo artistic and chamber work projects, he is involved in baroque opera productions.
His occupation is documented on more than 50 CD recordings. repair work of lutes.
more 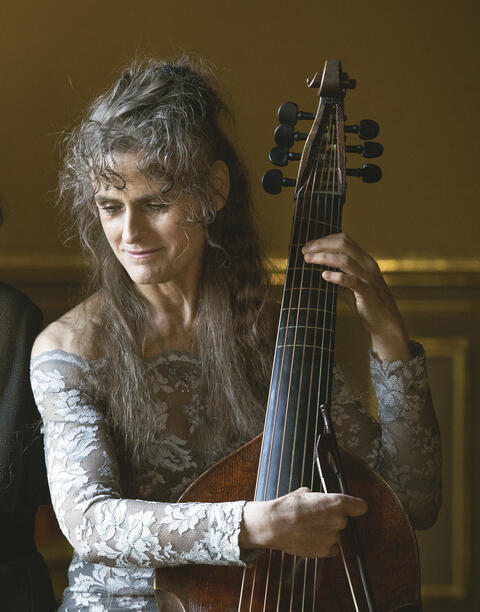 Early Music
Friederike Heumann studied viola da gamba with Jordi Savall and Paolo Pandolfo at the Schola Cantorum Basiliensis (Suisse) and completed her studies with a soloist diploma for early music. Nowadays, she tours both as solo artist and with her ensemble “Stylus Phantasticus” all around the world. Her multiple award-winning CD recordings are regularly celebrated by international critics. Friederike Heumann teaches viola da gamba and consort at the Conservatory for Music and Theatre of Munich and at numerous international master courses. Since summer semester 2020 she has been professor for historical chamber music for strings and viola da gamba at the Conservatory for Music of Würzburg. She is a jury member at international competitions for early music.
more 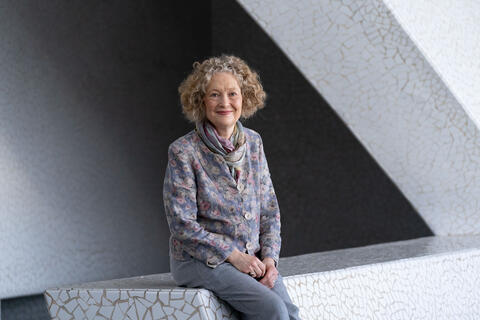 Early Music
Emma Kirkby’s singing career was unexpected. During her studies of classical philology in Oxford, she took every opportunity to sing, particularly polyphonic works of the renaissance. During a short period of her classical philology lectureship, she was lucky since she met pioneer groups of early music with expressive singing voices and historical lute, wind and string instruments. Nowadays, she can look back on decades of being a successful singer who, due to her unique voice and expressivity of her interpretations, fascinates the audience all around the world. Emma Kirkby is an enthusiastic and inspiring lecturer. Worldwide, she has been invited to numerous master courses and academies where she has been dedicated to promote young musical talents. She has also been closely linked to the Neuburg Summer Academy for many years and she has always been looking forward to coming back to this beautiful place in order to spend an intensive music week with her lecturer colleagues and participants.
more

Early Music
From 1979 to 1983 Christian Beuse studied at the University of Music “Hanns Eisler” in Berlin and from 1988 to 1991 at “Schola Cantorum” in Basel.
Since 1996 he has been solo bassoonist at the “Akademie für Alte Musik Berlin”, he has worked at  “Concentus musicus Wien” for nearly 20 years and he was solo bassoonist at the “Orchestre des Champs-Élysées” for numerous years. Now he is solo bassoonist at the “Dresdner Festspielorchester”.
Concert tours have taken him to nearly all European countries, Asia, Australia and North and South America.
His wide repertoire is documented in regular broadcast and television productions and in approximately 200 CDs with music ranging from the Middle Ages to Romanticism.
From 1995 to 2001 Christian Beuse taught at the conservatory in Vienna, from 2000 to 2005 at the State Academy for Music in Trossingen, from 2004 to 2017 at the Academy for Arts in Bremen, and from 2001 to 2018 at the University for Music and Performing Arts in Frankfurt am Main.
more 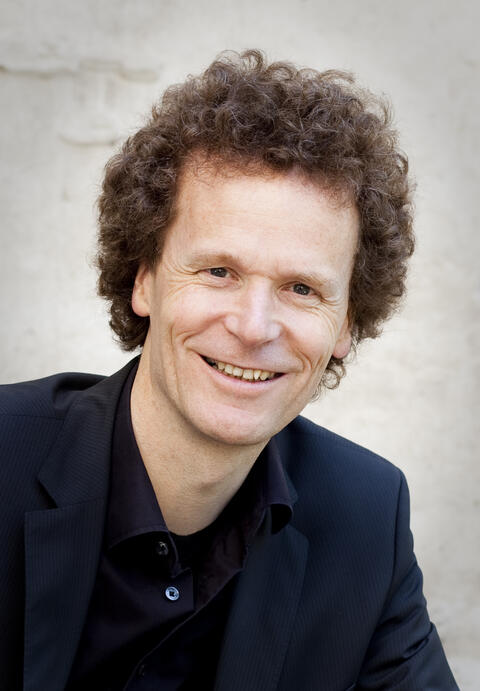 Early Music
Since the age of 5 Bernhard Forck has dedicated himself to the violin. After his studies with Professor Eberhard Feltz at the University of Music “Hanns Eisler” in Berlin, an engagement at Berlin Sinfonia Orchestra followed in 1986. Accompanied by keen interest in early music, he was led to, inter alia, Nikolaus Harnoncourt at the “Mozarteum” Salzburg. As a consequence of his intensive occupation with historical performance practice, he became a member at the Academy for Early Music Berlin (Akamus) – founded in 1982- where he is a concert master. He regularly performs with Akamus in the musical centres of Europe. Concert tours took him to the Middle East, Japan, Southeast Asia, Australia, North and South America. For many years, Bernhard Forck closely collaborated with the “Händelfestspielorchester Halle” whose musical director he was from 2007 to 2019. In order to focus on the later music, particularly the New Viennese School, he founded the “Manon Quartet Berlin” in 1995. Numerous teaching obligations i.e. at the University of Music “Hanns Eisler” in Berlin complete his extensive artistic activities. 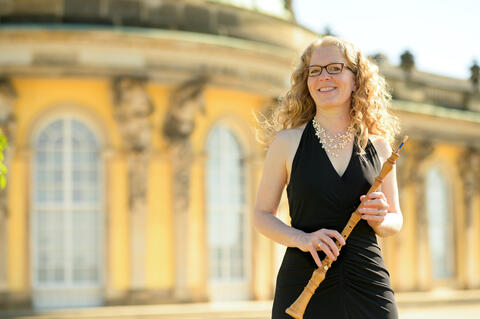 Early Music
For the last years, Xenia Löffler has gained an internationally excellent reputation as soloist, chamber and orchestra musician. Since 2001 she has been a member and soloist at the Academy for Early Music in Berlin and has been performing as soloist and chamber musician with other ensembles and orchestras under renowned conductors all around the world. After her studies at the “Schola Cantorum Basiliensis”, her special concern is exploring and releasing of unknown oboe repertoires. Meanwhile, there are numerous solo CDs at labels like Harmonia Mundi France, Accent and Supraphon. Some of these recordings received significant awards (Diapason d’or) or nominations, inter alia, for the BBC Music Awards and the Gramophone Award. She expresses her passion for chamber music during concerts and CD recordings with brilliant musicians like Isabelle Faust, Maurice Steger, Vittorio Ghielmi and Václav Luks. Xenia Löffler teaches master courses in Germany and abroad. From 2004 to 2016 she supported the main courses for historical oboes at the University in Bremen, and since 2014 she has been a supporter at the University in Berlin. Since summer semester 2021 she has been professor for historical oboes at the University of Arts in Berlin. Since 2018 Xenia Löffler has been the artistic director for early music at the Neuburg Summer Academy.
more 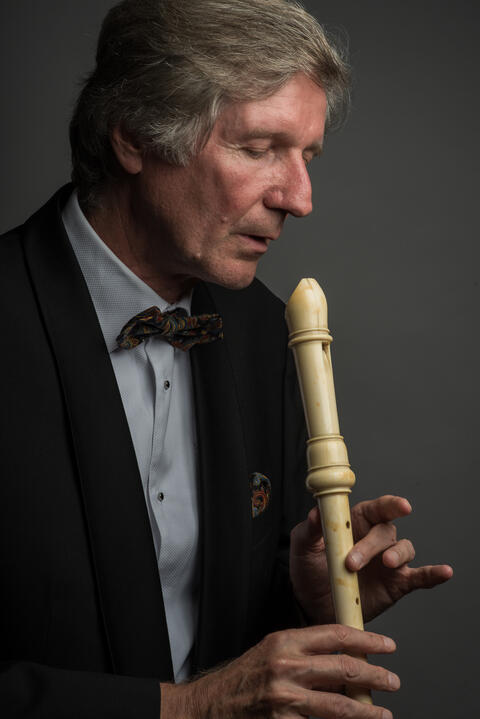 Early Music
Since 1994 Han Tol has been professor at the College of the Arts in Bremen and he was appointed to a guest professorship at the Schola Cantorum Basiliensis in Basel and at the Jacob’s School of Music (Indiana University, Bloomington USA). He has taught at various summer academies from Innsbruck (Austria) to Austin (USA) to Bela Horizonte (Brazil). He has also given master courses all around the world. Han Tol’s concert life is remarkably diverse. For 20 years he and his ensembles “La Dada” and “La Fontegara Amsterdam” have been explored, performed (first) and recorded an extensive repertoire. Furthermore, he is a member of the “ Balthasar Neumann Ensemble” dedicating to opera repertoires of the 17th century. From 1999 to 2007 he was a member of the “Flanders Recorder Quartet” with whom he went on numerous concert journeys all around the world. Together with the “Boreas Quartet Bremen”, he premiered and recorded music from Christopher Tye. This recording can be added to the, in total, 45 CDs which have been released at Teldec, Hyperion, Harmonia Mundi, EMI, OPUS 111, Aeolus, CPO and Globe throughout the years. In recent time, Han Tol and the legendary lutenist Nigel North have created a new program called “Una Suave Melodia” which he played throughout Europe. Han Tol released various arrangements for recorder at the publishing company Heinrichhofen. A new version of Bach’s first three cello suites for recorder was published in Korea, combined with an accompanying CD recording.
more

Early Music
Kristin von der Goltz studied with Christoph Henkel in Freiburg and with William Pleeth in London where she was a member of the “New Philharmonia London” under former Chief Conductor Guiseppe Sinopoli. From 1991 to 2004 she was a member of the baroque orchestra of Freiburg with whom she released numerous CDs and went on concert journeys worldwide.
In 2006 she became a member of the baroque soloists of Berlin, an ensemble of the “Berliner Philharmoniker”. From 2009 to 2011 she was solo cellist at the chamber orchestra of Munich. Kristin von der Goltz is a regular guest as artistic director at the Norwegian orchestra “Barokkanerne Norwegian Barocke”. 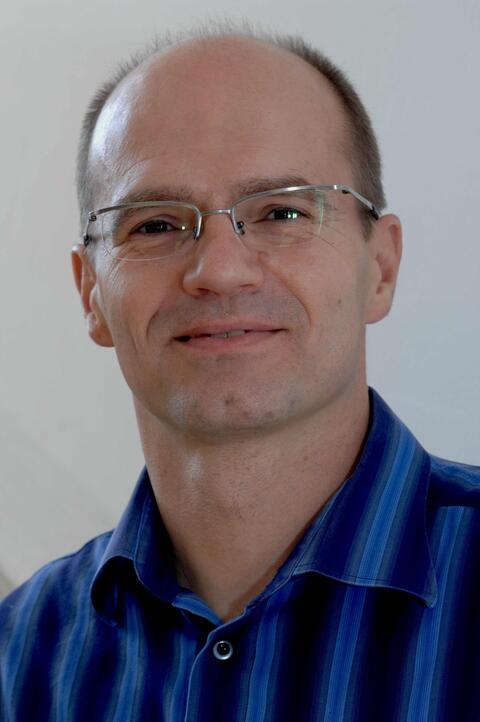 Early Music
Apart from early piano lessons, Gerhard Abe-Graf received his musical basic education by attending the music high school of the “Regensburger Domspatzen”. He was a master student from Christiane Jaccottet at the Conservatory of Geneva. After his successfully completed concert exam of harpsichord, he expanded his knowledge of basso continuo with postgraduate studies with J.B. Christensen at the Schola Cantorum Basiliensis.

In addition to his pedagogic work at the vocational school for music in Krumbach and in his hometown Landsberg am Lech, he regularly gives concerts for different keyboard instruments. 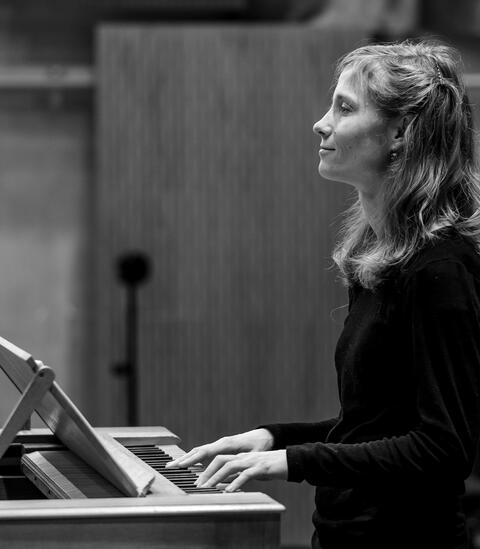 Early Music
Daniela Niedhammer was born in Munich. For some years, she has been working as harpsichordist, organist and conductor in the Basel area. Together with her baroque ensemble “Der musikalische Garten”, she received first awards and nominations. She regularly gives concerts in Suisse and Germany. Furthermore, she works as correpetitor and conductor. She conducts the choir “Chor bâlcanto” in Basel.
Daniela Niedhammer studied harpsichord/basso continuo and organ at the Schola Cantorum Basiliensis in Basel. Prior to this, she completed an education of church music (A-diploma) at the University for Music and Theatre Munich. Her lecturers included Jesper Christensen, Christine Schornsheim, Andreas Staier, Lorenzo Ghielmi and Edgar Krapp. She studied conducting choir with Markus Utz, Beat Schäfer and Michael Gläser.
more